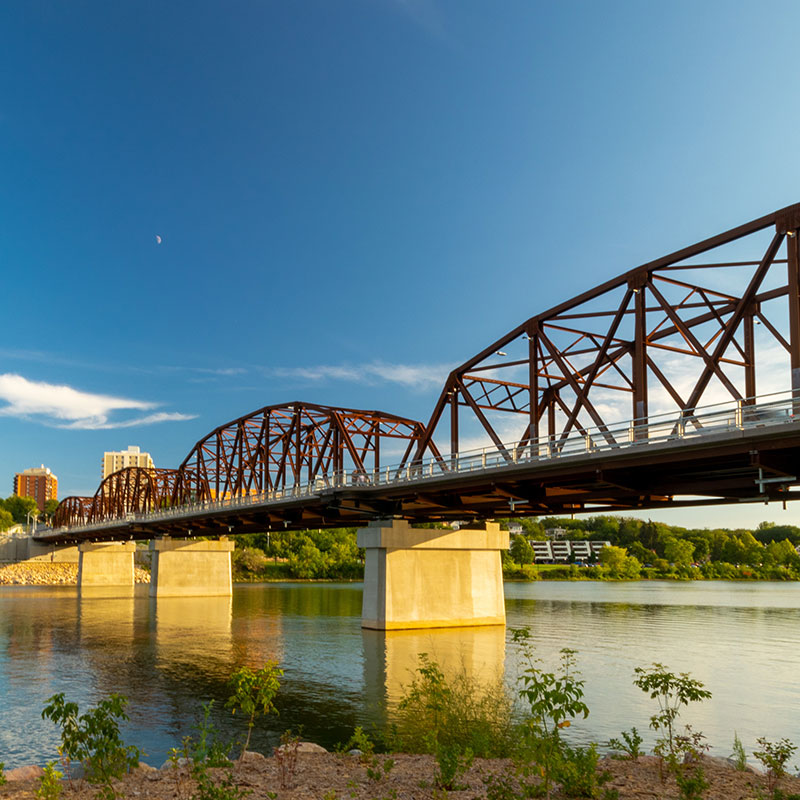 The original Traffic Bridge opened on October 10, 1907. Saskatoon’s first bridge specifically designed for foot and vehicle traffic, it was built at the insistence of the people of Nutana, who needed a safe and reliable way for vehicles, pedestrians and freight to cross the river. The existing river ferry was anything but reliable, and the only other way across was the railway bridge, which for foot traffic was anything but safe! The promise of this bridge was key to Nutana’s agreement to join with the west side communities of Saskatoon and Riversdale in forming the City of Saskatoon in 1906. It was built at the cost of $106,000 and was paid for by the provincial government.

On June 7, 1908, the Traffic Bridge was the site of Saskatoon’s only “maritime disaster”, when the steamship S.S. City of Medicine Hat crashed broadside into one of its concrete piers and sank.

From 1913-1933, streetcars of the Saskatoon Municipal Railway crossed this bridge. The Traffic Bridge is called a “through-truss” bridge (meaning that traffic travels through the trusses) and is 294 metres (964 feet) long. Although it has been known by many names over its long history, it is most correctly known by its original name: the “Traffic Bridge”.

The Traffic Bridge was closed in August 2010 due to public safety concerns as a result of advance deterioration of critical structural elements. Following extensive public consultations and a Needs Assessment and Functional Planning Study conducted on the existing Traffic Bridge, a decision was made by City Council to replace the existing bridge with a modern steel truss bridge with multi-use pathways on either side. On January 10, 2016, thousands of people gathered on the Broadway Bridge to watch the two south spans of the old bridge come down with explosives. On February 7, 2016, a portion of the far north span of the old bridge was also demolished with explosives.

The new Traffic Bridge opened on October 2, 2018. It looks similar to the old bridge, but is slightly wider and taller to accommodate wider traffic lanes, wider pathways on both sides, and overhead clearance for emergency vehicles. The new Traffic Bridge includes two 3.7 m wide traffic lanes and two 3.0 m multiuse pathways. There is also direct pathway connections to Rotary Park. Average traffic volumes are estimated to approach 11,000 vehicles per day, with capacity to accommodate over 20,000 vehicles per day. 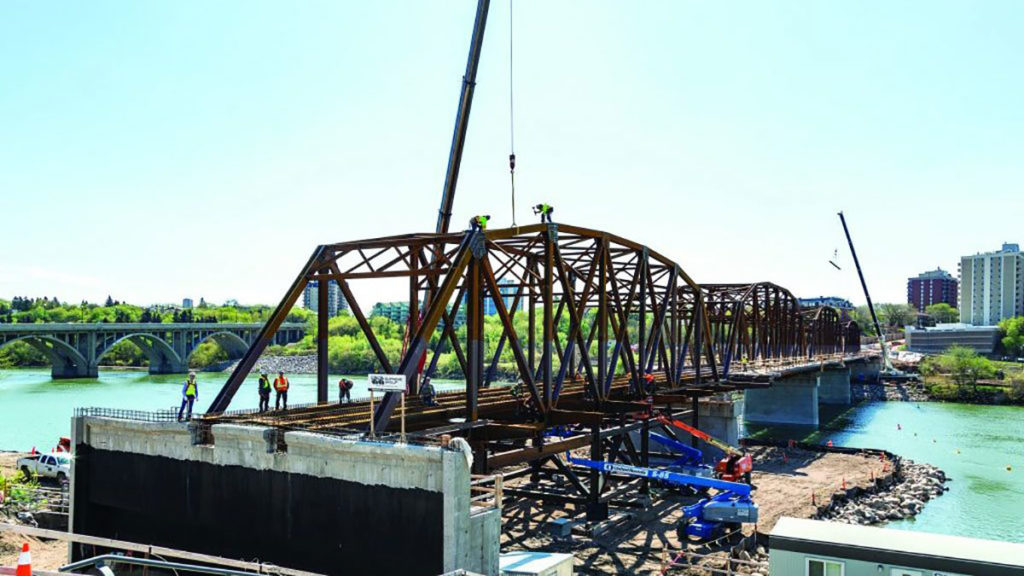 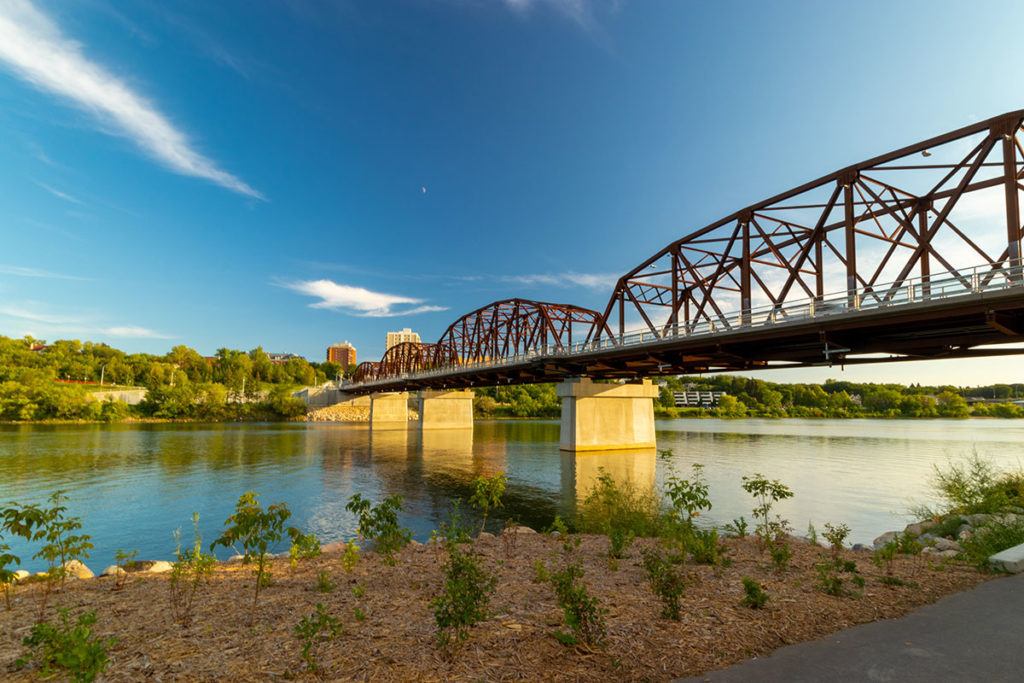 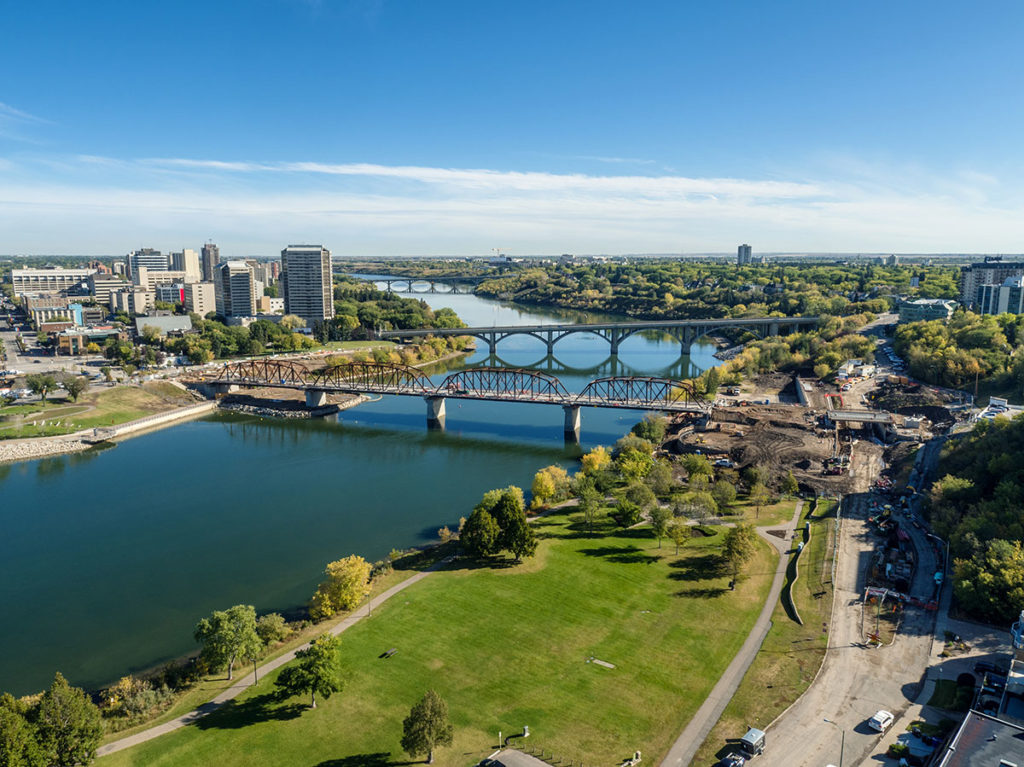 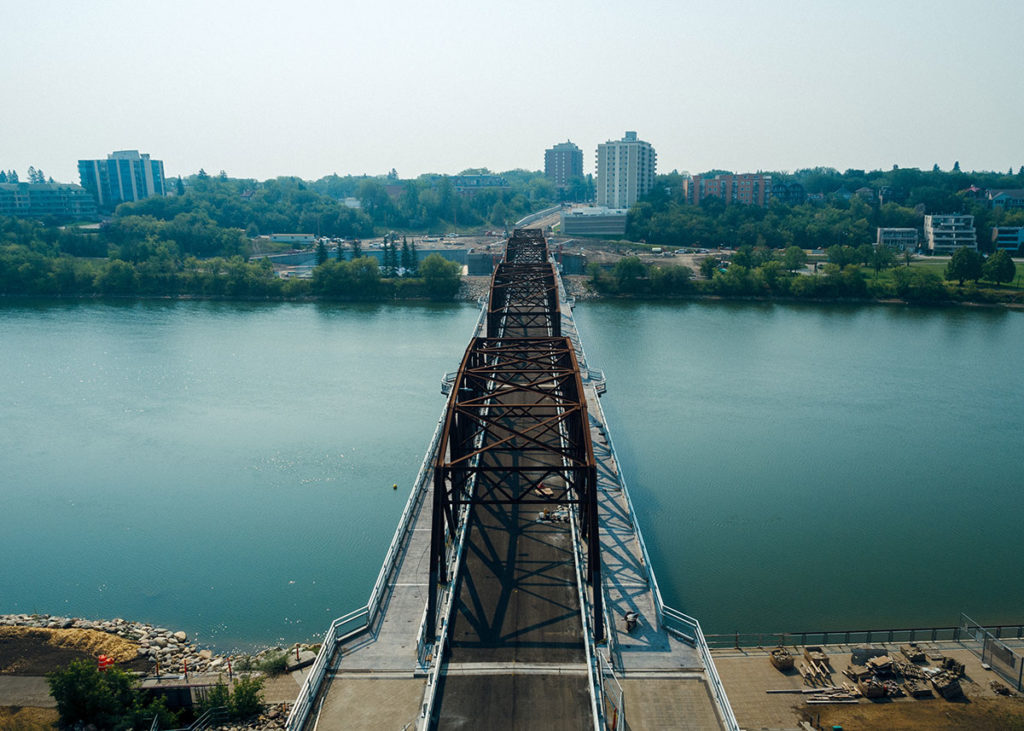 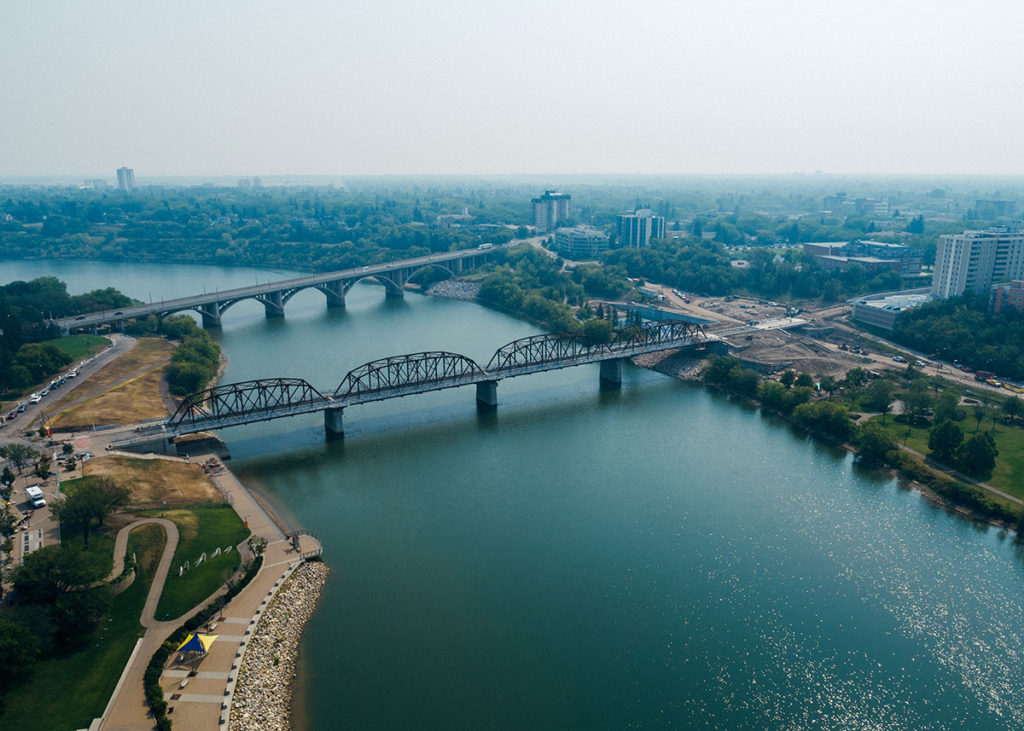 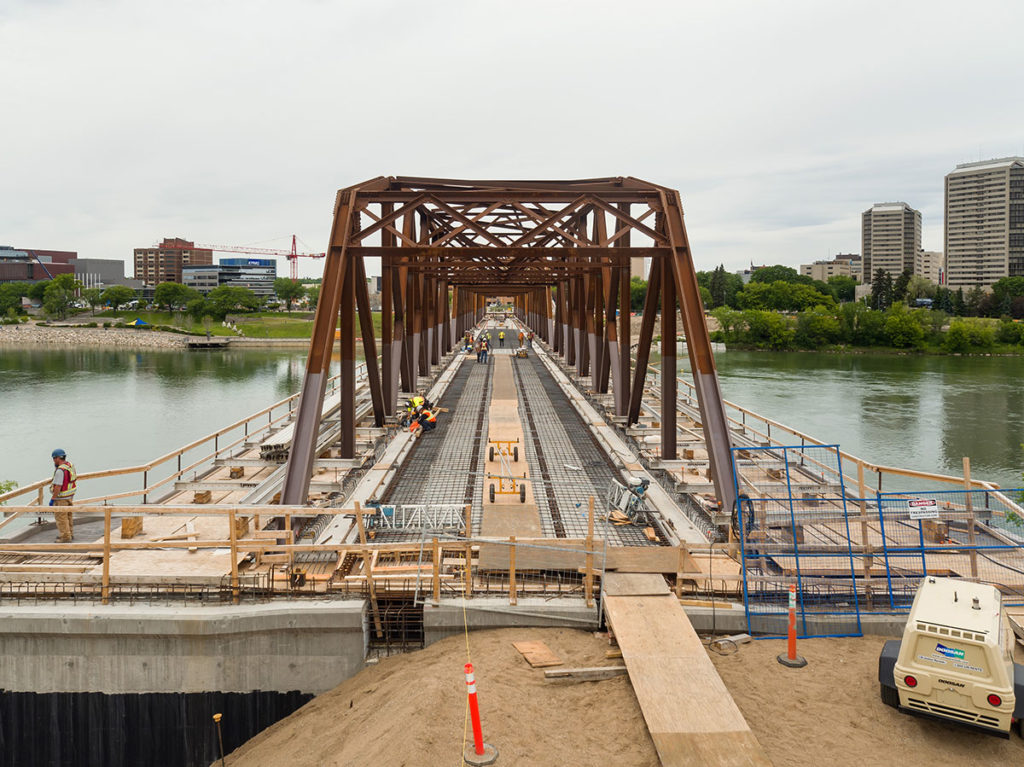 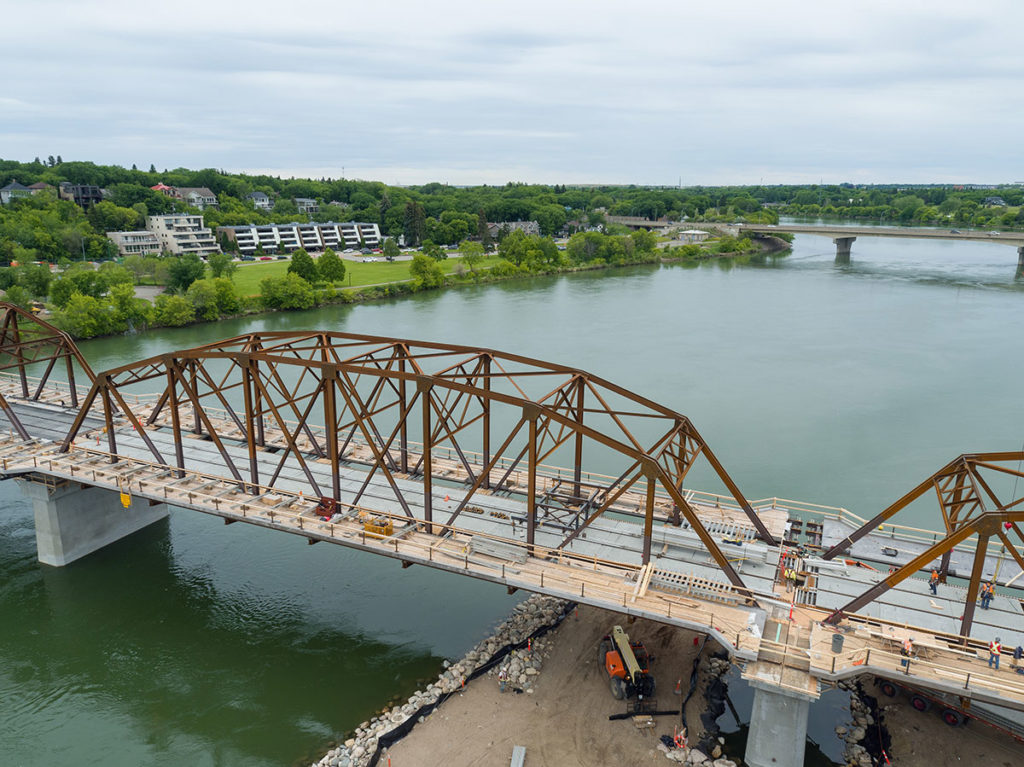 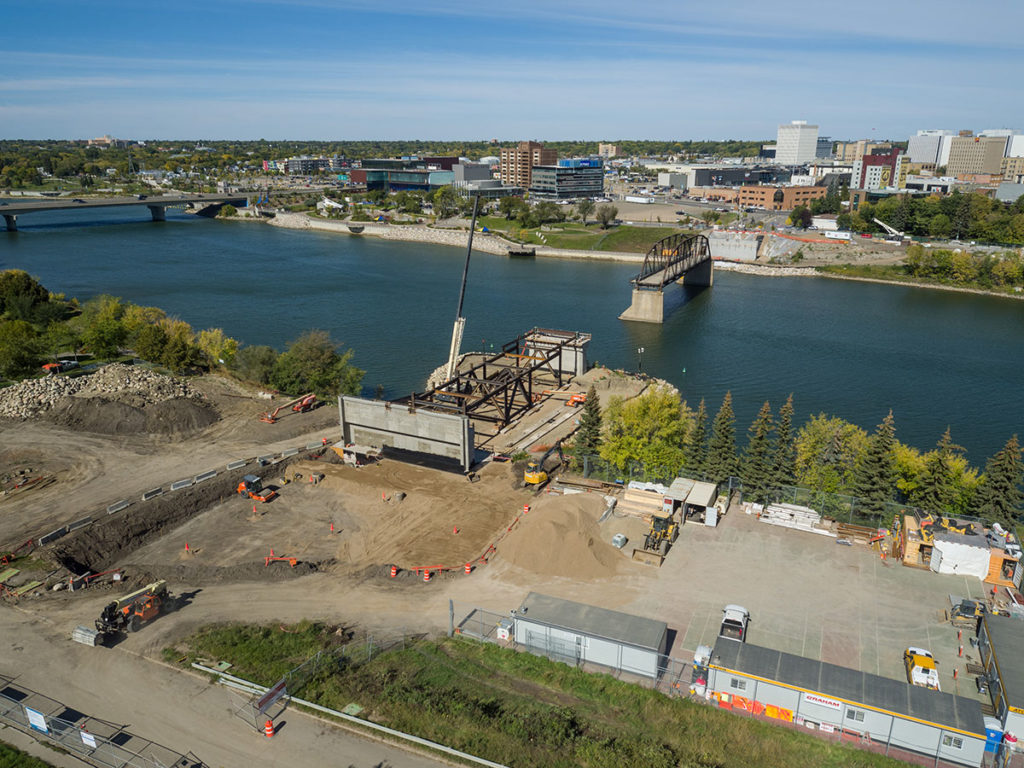 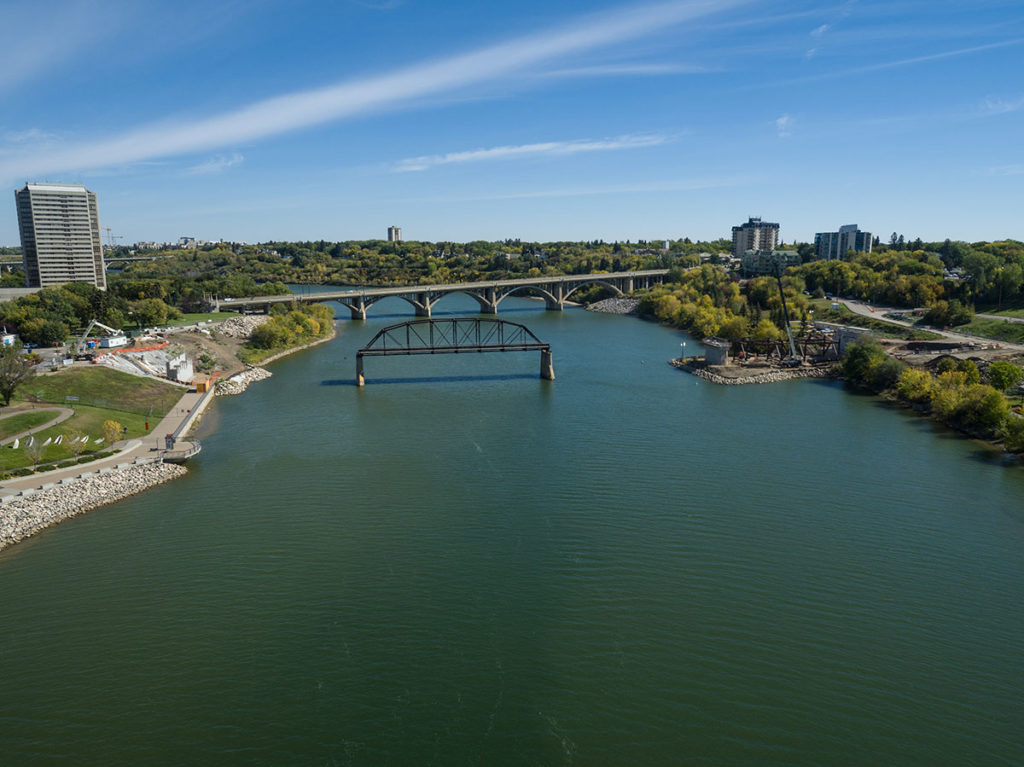 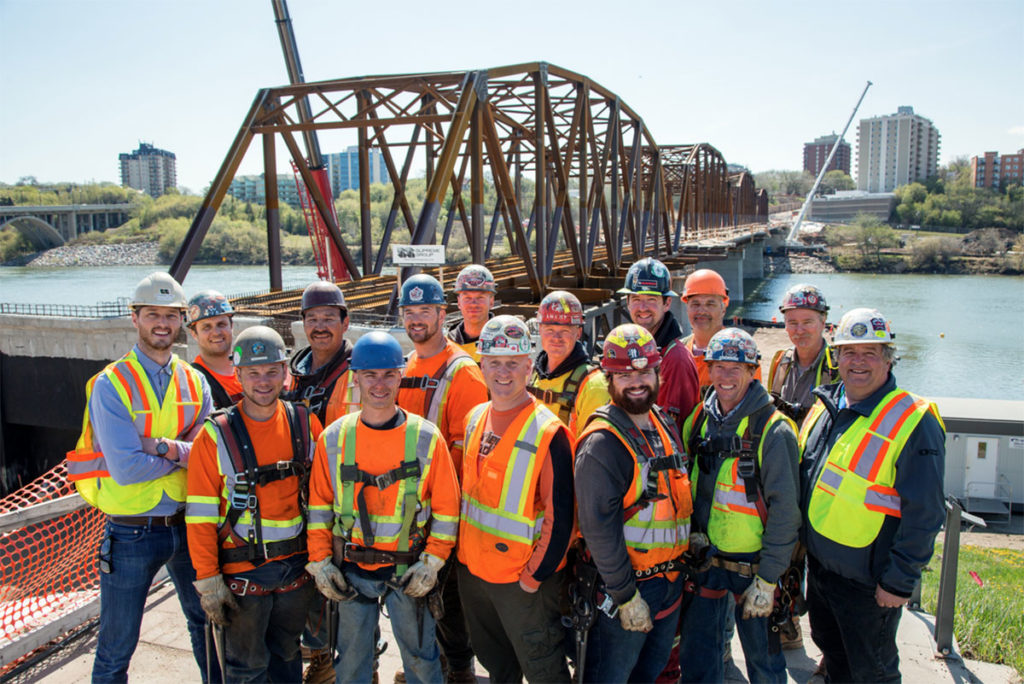 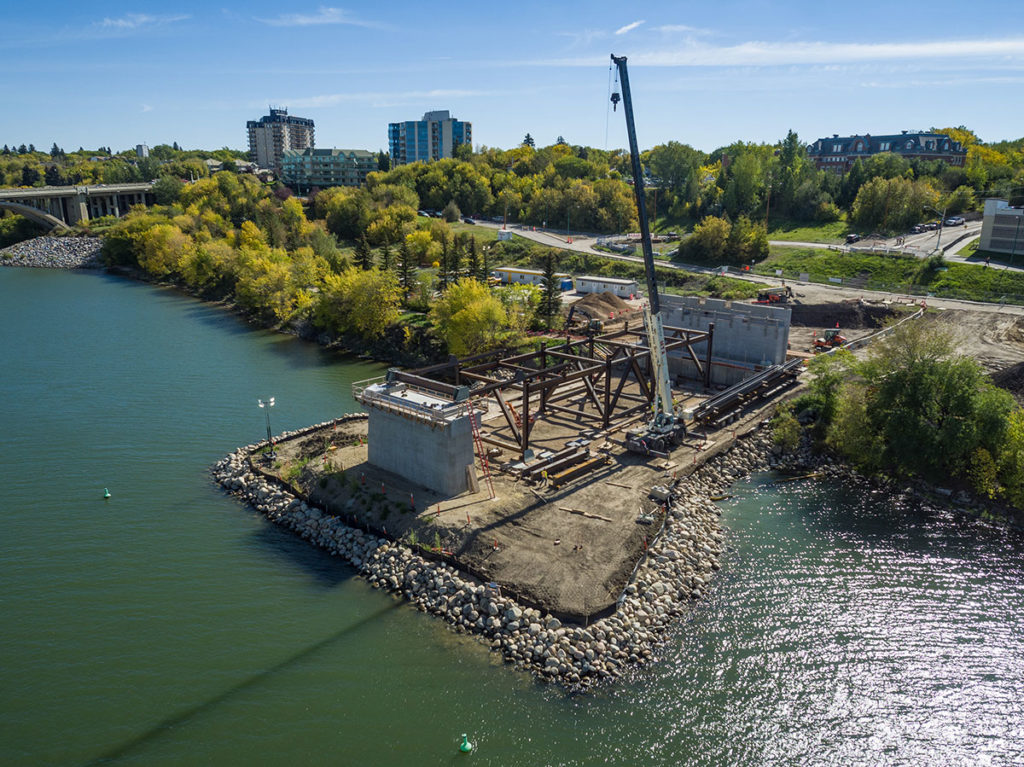 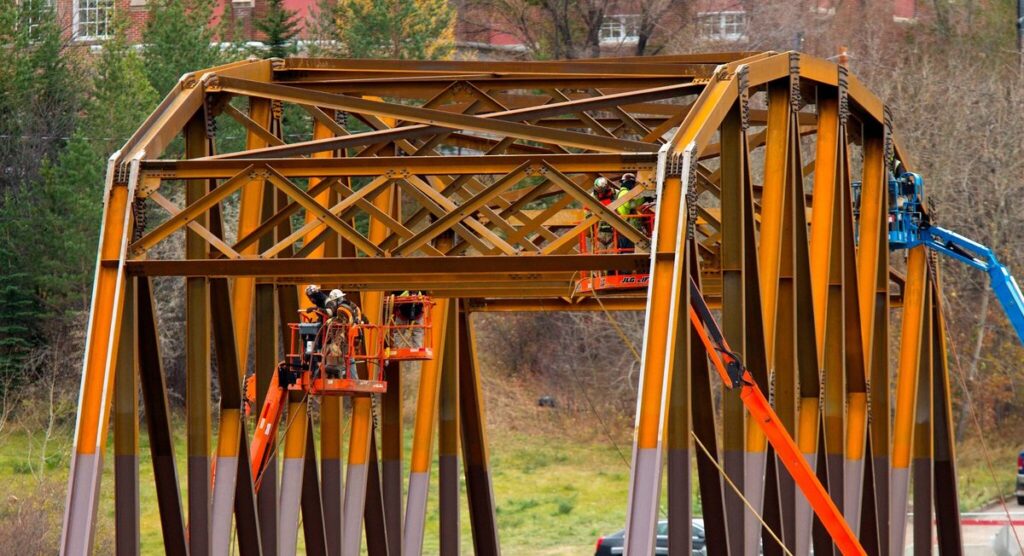