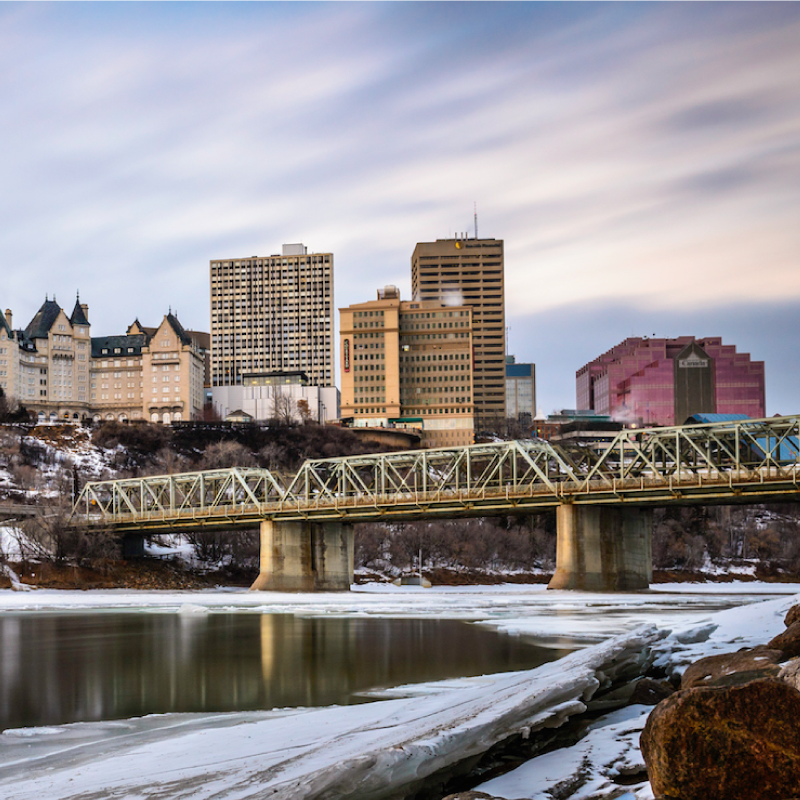 Supreme Steel (formerly known as Midwest Constructors) mobilized to site on March 6, 2006, one-week ahead of schedule.  Rivet busting and temporary bolting began in preparation of the removal and installation of the new members.  Midwest also removed and installed new upper diagonal sections, handrails and utility supports.  Demolition of the old sidewalk and utility steel was also completed.

After containment was installed for Span’s 1 to 4, the removal and replacement of the upper members and bottom chords began.  With the engineering of the stressing anchors and shear anchor beams by Norm Neufeld Engineering, stressing began for the removal of old members.  This rehabilitation project of Edmonton’s 100 year standing bridge was successfully completed on schedule. 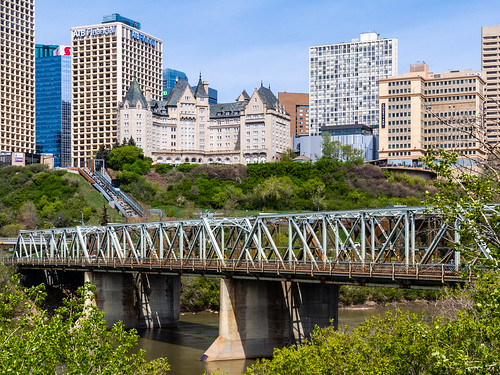 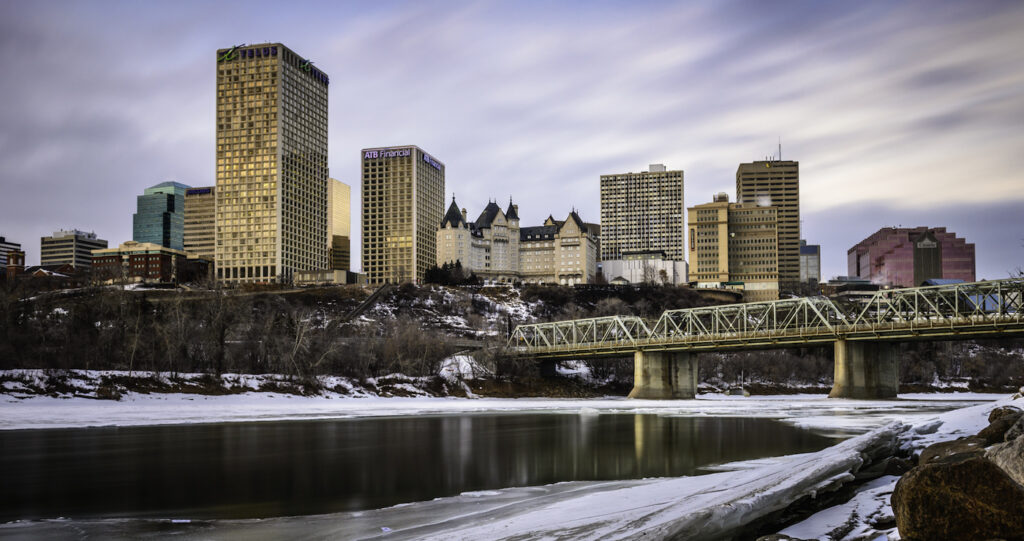 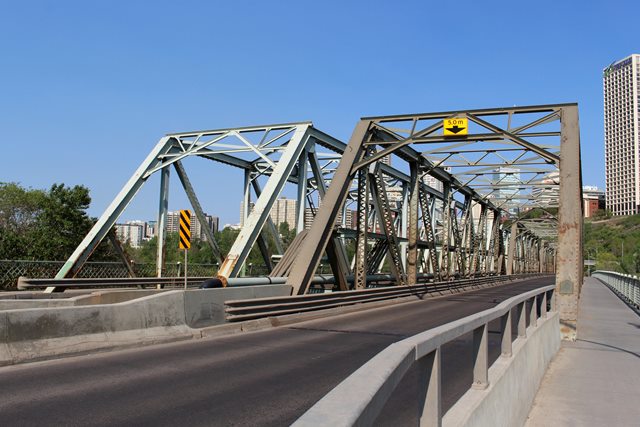