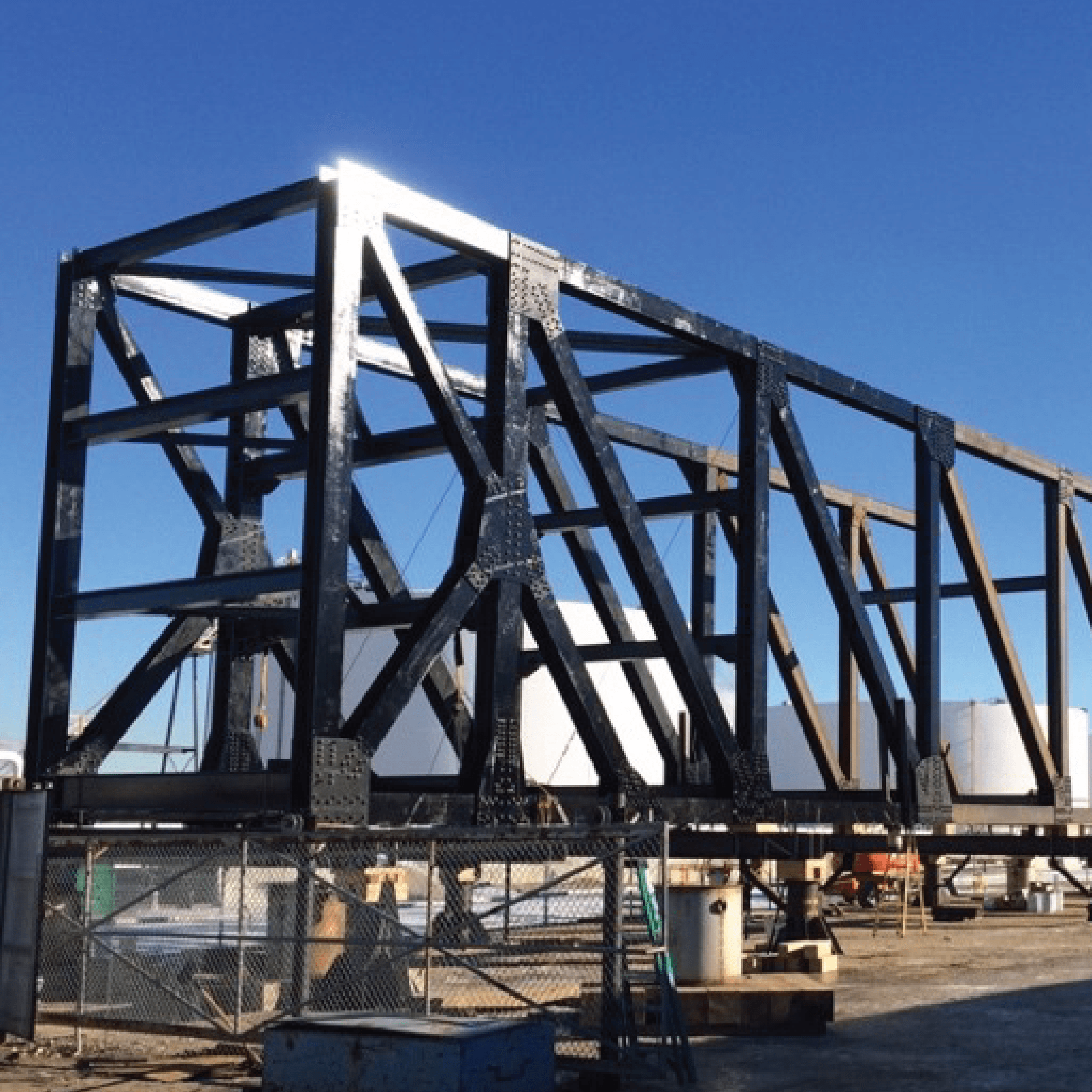 Late in the fall of 2014, Supreme Steel was approached by Gibson Energy and Wood Group Mustang to be the single source supplier for their 400t pipe bridge over CPR’s main north/south line to feed their new West terminal. Since then, the project has expanded to 540 tonnes, including the addition of one 30” Line of pipe, another 36” line of pipe (that runs the entire 90m length of the bridge), as well as a cladding and drip tray enclosure along 60% of the length of the bridge.

Engineering and modeling of the bridge super structure was complete in the summer of 2015, with the enclosure supports completely modeled by late fall 2015. Due to high shop load fabrication was shared with our Vancouver, Acheson and Bridge shops. Fabricated 60% of the bridge between 2014-15, with the remaining 40% to be completed just before 2016. Due to the many layers of each bolted connection, the fabrication method was met with trepidation. However, the wall section trial assembly of 2 of the 7 bridge segments showed that there were no issues. The bridge is scheduled to be installed and secured on the footings by spring 2016.